Last night, after stopping for the night, checking Internet stuff, eating dinner and relaxing for a bit, Maxxx and I went out to my bike to try and repair the mount that holds on the front-top of the bike. Yesterday we bought four packs of off brand jb weld (made in usa), and some hose clamps for an effort to keep the front more intact. one package at a time and smearing the epoxy  by hand (two fingers) into the  brake, then bridging the brake with the perforated metal from the hose clamps, and covering  the metal with more epoxy, embedding the metal in epoxy. It’s hard to reach into where the repair is needed, so we hope the fix works. The epoxy is a two part system that you mix and it hardens when mixed. Maxxx would squeeze out the two tubes and I would mix it, then maxxx would hold the front of the bike in place and hold the handlebars so I could reach in to do the repair.
A couple of days ago while riding dirt and rocks in the mountains Maxxx noticed he had no rear brake when he  applied pressure to the brake. Note for non riders-front brake is right hand, clutch is left hand, rear brake is right foot, gear shifter is left foot. Since we have the headsets to talk, he radioed that he wanted to pull over to check it out. Sure enough a rock had hit the sensor mounted next to the lever and bent the sensor jamming into the lever  and keeping the lever from being able to be pressed, a quick bend back and it’s working again. The sensor has a pin in it that pushes in and out to tell the bike when the brake is being applied and then it turns on the brake lights, disengages cruise control as well. The pin was damaged in an earlier fall over and now the pin is broken off, so no cruise control for maxxx. I did bring a spare sensor though. I pegged it as a weak point on the shake down runs before the trip started. There are a couple parts that are exposed to flying rocks, so I have some spare parts for those packed on the bikes. We plan to replace the brake sensor  in the next couple of days. The bikes are also due for an oil change, we have the oil and filters with us and will do that soon. We have rinsed the bikes off three times since leaving seattle, keeping them mud free helps parts move a little better ie… chain, shocks, levers, brake pads. 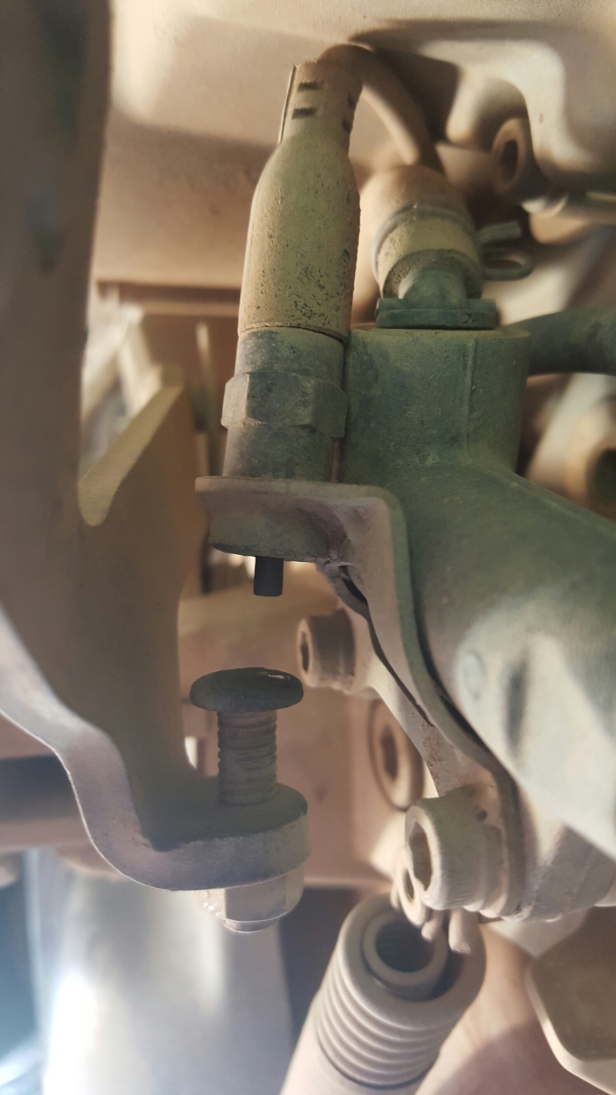 My bike with pin 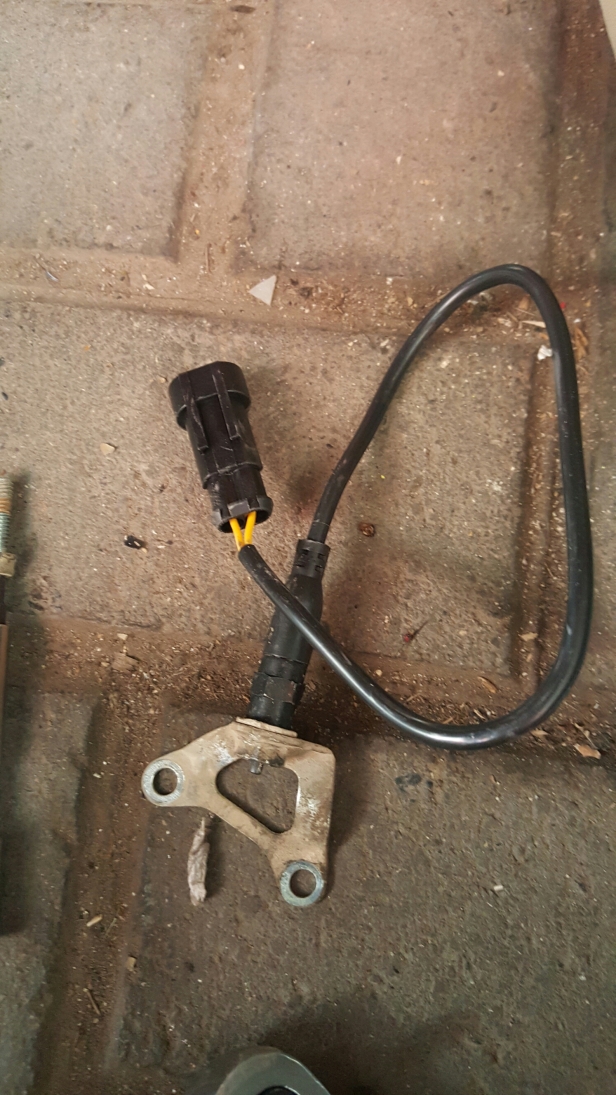 We finally changed out the oil. we asked a shop near where we were staying and they didn’t hesitate to let us use some space.9k miles since sandiego. using motul 300v a full synthetic made for race type engines.mine this time around is a Repsol  full synthetic oil. I normally, with synthetic, like to replace at 6k miles, but we pushed it a bit, I believe it’s still in the range of not having lost all its lubricating properties.I went through the bikes and checked all fasteners I could get to to make sure nothing had come loose, as we have had a few minor screws fall out, Fender and side panel. Only a few needed any tightening.

No muscle car pin up girls here….this is tuk tuk country
I can say after about four days of riding dirt and street the jb weld repair is holding on the front end. That beats the other two attempts that lasted all of ten minutes off road. 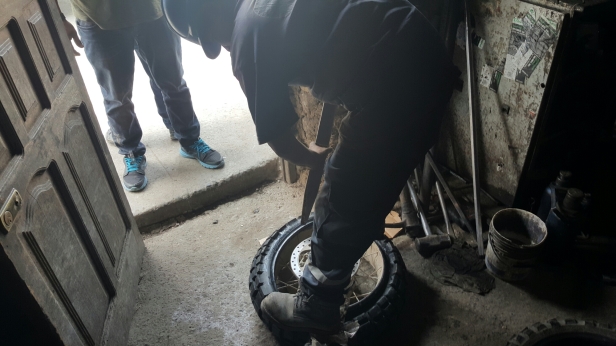 11-26  Out with the old and in with the new. it cost us a days  time in Banos del Inca peru, but it’s better then a blowout on the road. Tire was flown in from Lima. About $11 for shipping and $275 for the tires. The guy who mounted the tire was happy doing it by hand for 5 soles-about $1.75. Thanks for your help Ivan and Arthuro