We rest a day in Oruro. Wash the bikes, find a shoe repair woman to mend maxxx’s  torn pant leg, sew my straps back on my saddle bags and sew my boot soles onto my boot as they have been coming apart. I’ve tried gluing them back on with no results better then a couple days. They are only glued from the factory, I decide to let her do it. It looks pretty good. We will head out in the morning for the north entrance of the salar via Huari and Mendoza. 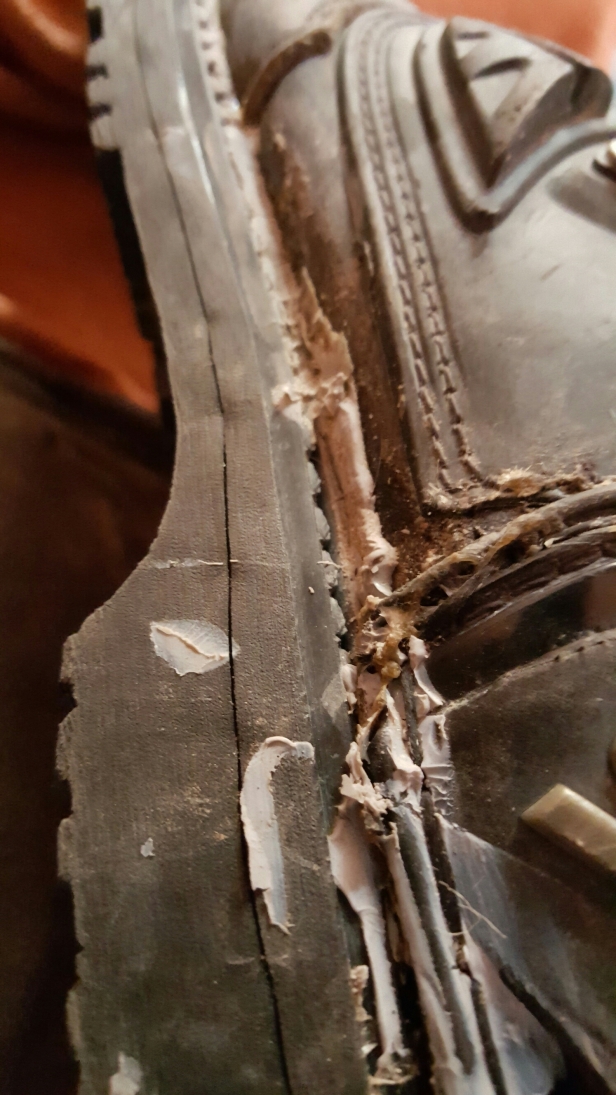 You can see where I glued the sole with no success. She made a slit in the rubber sole and then stitched up into the inside of the boot. I’m sure thats not good for being waterproof, but it will keep rubber on my feet. And these are the best boots on the market? We are finding even the best gear has a hard time holding up under these long term conditions.

We rode from oruro to Salinas de Garci Mendoza, all paved and uneventful but nice open space scenery. 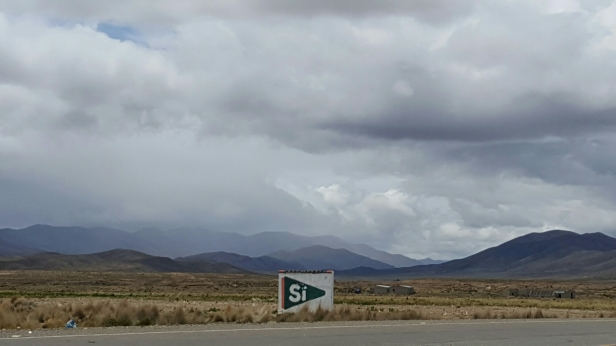 There is a big crater (possible meteorite)  at Tambo Tambio.

The real goal and gem for the day was at the end of a dirt road at the village of Jirira, at the North edge of salar de Uyuni.not a soul there. The local hostal, which we were surprised was there, looked closed down. Turns out this is their off seadon since tours dont drive up from the south when theres water in the salar.So we cruised into the town Plaza and found a person and asked, he said their open so we went back and knocked on the door and waited.sure enough their open. Dinner for us was canned tomato-sardines, canned palm hearts, canned mushrooms and some crackers, oh….and canned peaches for desert, all from their store. We waved it down with a cold beer. 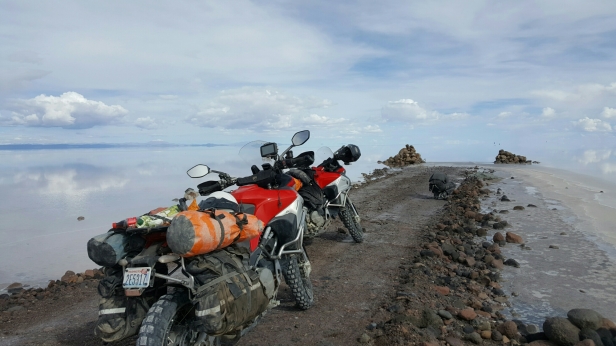 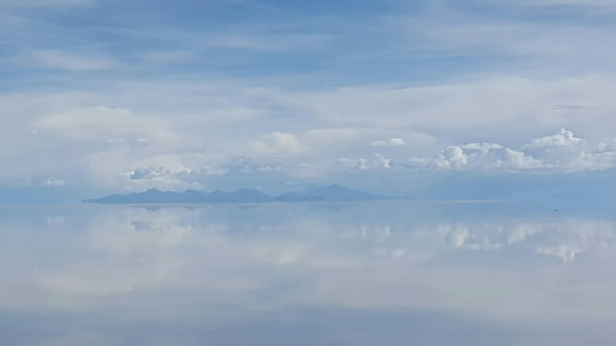 This is supposed to be the world’s largest salt flat. And when flooded,six to twelve inches of water, is the world’s largest mirror. It starts to flood in late December and stays until about March. I ts pretty amazing to see it…and we had it all to ourselves. 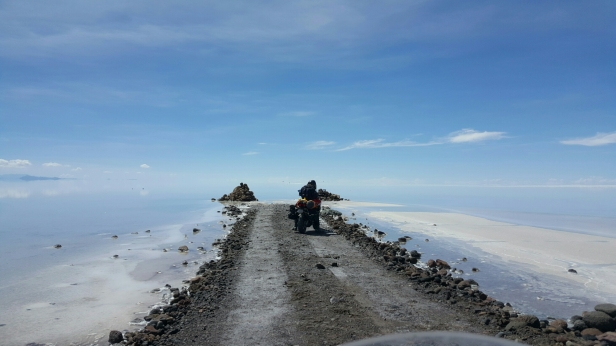 You can ride out into it, but it would wreak havoc on our electrical system as well as other parts of the bike with all that salt water.

A view of volcano Tunupa at our doorstep

From the top of our hostal

One thought on “Oruro to Uyuni salar (Jirira)”